Milk is our passion; processing milk is our mission. We are one of the leading manufacturers of caseinates. With a long tradition and the seal “Made in Germany”, we operate successfully around the globe.

Industrial milk processing has a long history. It started in the early 19th century. Although the actual establishment of Lactoprot was still far away in the future, the company’s roots go back to this time and are reflected in our site in Leezen. Lactoprot Deutschland GmbH has since become one of the international leaders in the production of caseinates and employs a staff of around 220. 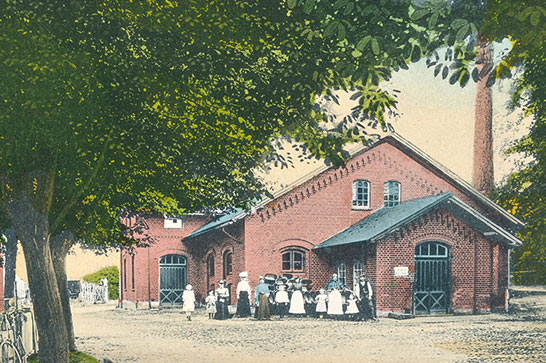 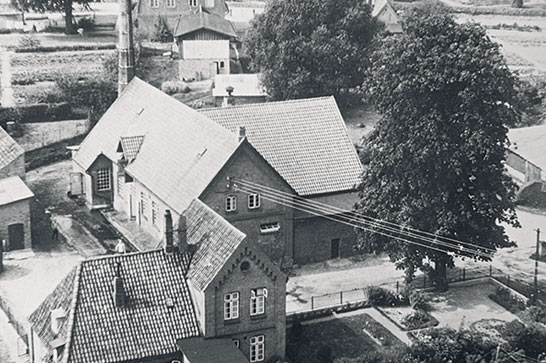 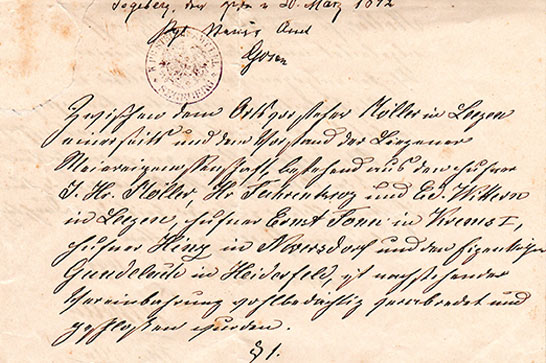 1878 – 1892
In the north of Germany, near the town of Segeberg, the farmer Jacob Möller establishes a dairy in 1878 and becomes part of a farming community focussing on milk production. In 1890 the dairy, that produces butter, becomes a cooperative with 44 members. The official memorandum of association dates back to the year 1892.

1944
Hans Rode takes over the management of the cooperative. It marks the beginning of a long family tradition that continues to this day. At this time the plant processes some 16,000 litres of milk daily and supplies the surrounding areas and the city of Hamburg with fresh dairy products.

1964
The dairy in Leezen merges with the dairy in Neversdorf. The latter’s manager, Reinhard Rode, succeeds his father in Leezen and remains its manager until 2002. The dairy is one of the first to switch its milk delivery system to road tankers – already with battery-driven pumps. The following years are characterized by investment and continuous enlargement of the production plant, consistent market orientation and a number of fusions with cooperatives in the vicinity. 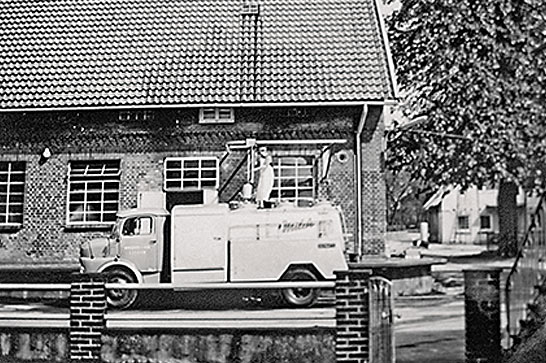 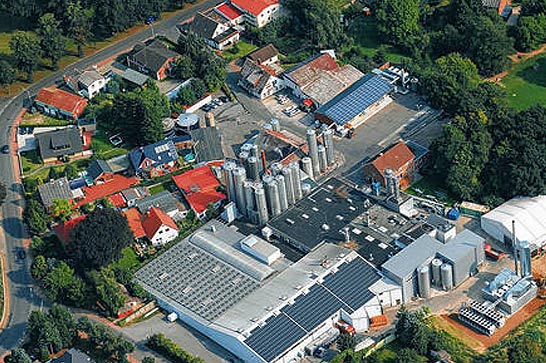 1983
Leezen introduces a new product line – UHT milk – which becomes the plant’s speciality for the next years.

1990/1995
With the opening of the borders with Eastern Europe and the reunification of the two German states, the volume processed in Leezen increases to 180 million kilograms annually. The cooperative under the name Milchzentrale Bornhöved-Leezen e.G. cooperates with the dairy Hansa Meierei Lübeck e.G. and takes over the milk and evaporated milk factory in Schwerin from the “Treuhand” privatization agency. In Schwerin they operate a casein and whey processing plant together with the company Dairyfood. The cooperatives merge under the name Hansa Milch e.G. and build a new plant in Upahl in 1995. Leezen continues to exist for the production of UHT milk.

The Leezen plant is managed by the shareholders Hansa Milch e.G. and Nordmilch e.G under the name Trave Milch GmbH.

In 2002 the site is closed and sold to Lactoprot Deutschland GmbH. The company passes from Reinhard Rode to Steffen Rode in the third generation. The chapter “cooperative milk processing” in Leezen ends after 110 years. During this time, the cooperative was managed and developed by only four businessmen. They had always felt an obligation towards its owners, the milk suppliers – 58 years under the name Rode. 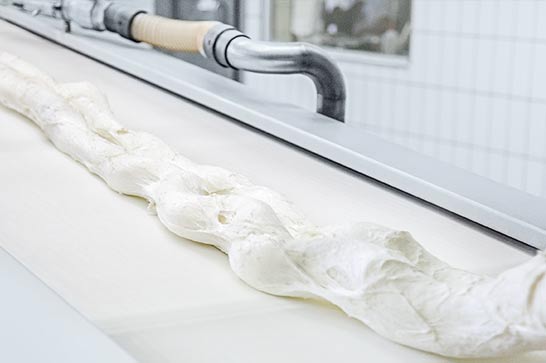 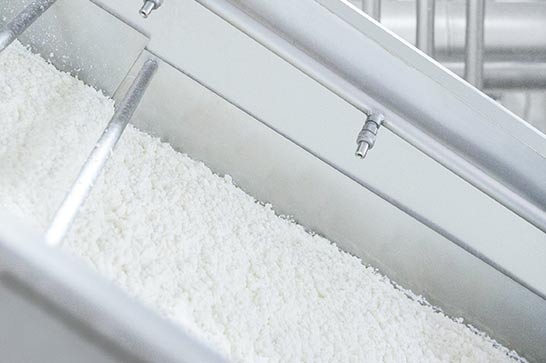 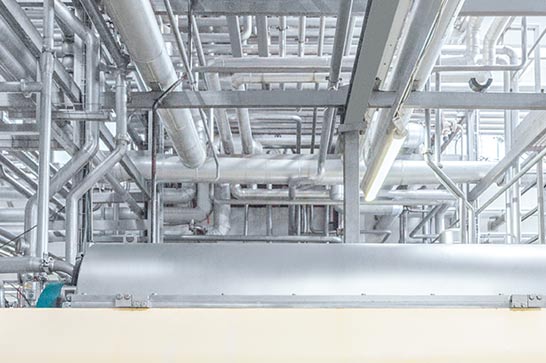 1978/1979
The firm Lactoprot Deutschland GmbH is established in Göttingen, Lower Saxony, under the name Dairyfood, Milch- und Nahrungsprodukte GmbH by the entrepreneur and dairy engineer Rolf Kühl. Initially specializing in dried milk mixtures, it soon switches its focus to the production of caseinate – a soluble milk protein used widely in the food industry.

1989
Acquisition of a former “gummy-bear” factory in Kaltenkirchen. Newly installed extruders now permit the large-scale production of caseinate. The company is the first in Germany to introduce this process.

1990
The integration of East Germany’s dairy industry after German reunification enables Dairyfood to engage in milk processing. Hansa Meierei Lübeck e.G. and Milchzentrale Bornhöved-Leezen e.G. together establish the firm Dairyfood Mecklenburg GmbH as a joint venture operating a cheese factory with lactose production in Schwerin. The first ultrafiltration plant for whey protein concentrate (WPC 80) is set up. The company continues to exist until the closure of the dairy plant in Schwerin in 1995.

1998
Dairyfood, Milch- und Nahrungsprodukte GmbH is re-named Lactoprot Deutschland GmbH. It becomes part of ARTAX AG, that takes it over from OEMOLK, Austria. Lactoprot participates in the acquisition of Rovita GmbH by ARTAX AG and takes over its milk protein business with the site in Regensburg, where casein and lactose are produced. With this move, Lactoprot Deutschland GmbH takes up milk processing again. A new laboratory building and a new warehouse are built at the site in Kaltenkirchen. The commissioning of a third extrusion line makes Lactoprot the world’s biggest producer of extruded caseinate.

2001/2002
Lactoprot takes over the caseinate production of DENA in Belgium and transfers the equipment to the site in Kaltenkirchen. In the same year the company concludes a long-term agreement with the dairy cooperative Gudow-Schwarzenbeck e.G. and starts milk processing in North Germany again from 2002. In the same year it sets up an ultrafiltration plant for the production of whey protein concentrate together with the dairy cooperative “Milko” in Sweden. Lactoprot constructs the plant and takes on the marketing of the product.

2003
Acquisition of the dairy in Leezen under the management of Steffen Rode. In only 12 months a new plant for the production of milk protein and a whey processing plant are set up. From January 2004 milk is processed again for the first time, and the Leezen site is enlarged continuously over the next few years. The volume processed increases from 200,000 litres of milk daily to 600,000 litres. 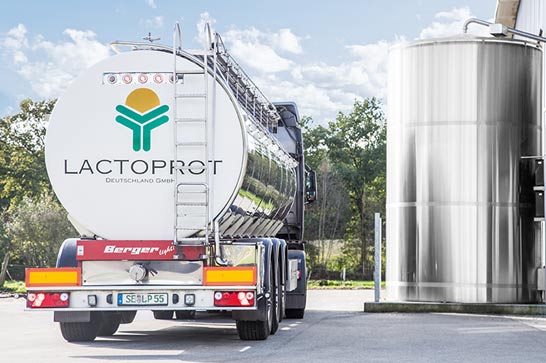 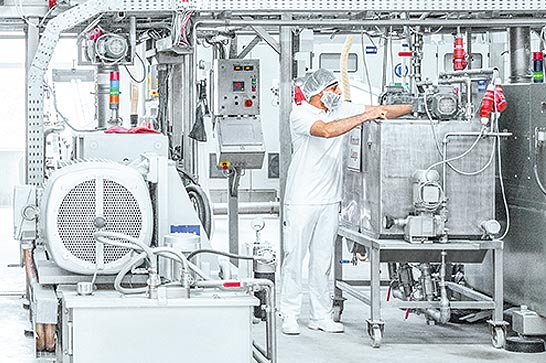 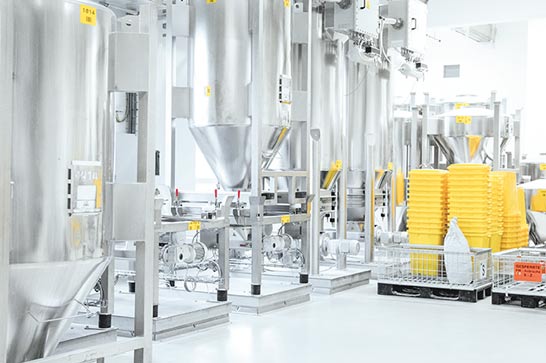 2012/2013
Lactoprot Deutschland GmbH breaks away from its Austrian parent company. Steffen Rode and Georg Ruchti become the new owners after a management buyout. In December of the same year, lactose production starts in Leezen, and the second roller drying plant is installed. Following this, the plant in Regensburg is closed in 2013.

2013 - 2015
In September 2013 Lactoprot establishes the subsidiary Dairyfood GmbH, and in 2014 it takes over the former Arla dairy plant in Riedlingen in Baden-Württemberg. Its development as a processing facility for whey derivatives begins with the installation of an electrodialysis plant for demineralizing whey. This is followed by the construction of a lactose plant in 2015.

The same year sees the establishment of Novoprot GmbH. The technology company develops and produces customized solutions for the food industry and specializes in proteins, enzymes, fermentation products, hydrocolloids, and also natural flavourings, preservatives and colourants.

For the first time, Lactoprot procures raw milk for processing in Leezen directly from farmers instead of buying skimmed milk from other dairy cooperatives. By 2018, the volume of raw milk under contract has risen to 125 million kilograms per annum. 64 suppliers within a radius of 70 kilometres of the site ensure short transport routes. 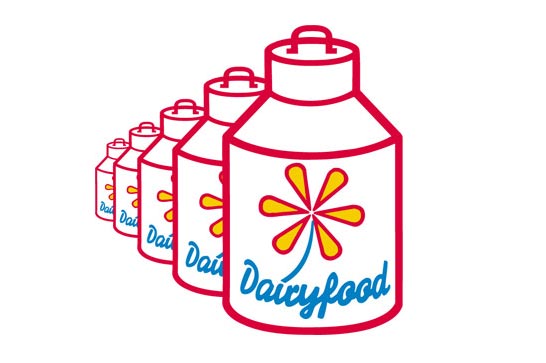 2016 - 2018
Dairyfood starts the production of organic whey derivatives, and the spray tower in Riedlingen goes into operation. At a volume of seven million EUR, this involves the biggest single investment in the company’s history. In the same year, Lactoprot takes over the Tate & Lyle factory in Lübeck; since then the company has also acted as a contract manufacturer for powdered dried milk mixtures, stabilizing systems and compounds for foods and sports nutrition products. In 2018 the facility was enlarged, which means that six blending lines and eight packaging lines are now available.

A highlight of 2017 is the establishment of the sister company Nutriprot GmbH, that focuses on the development of sports nutrition products. In 2018, Novoprot gathers further momentum: it takes over the Wiesmühl plant from Rovita GmbH and produces roller-dried caseinates and whey proteins for Lactoprot. In the same year, Lactoprot moves into a new office building in Kaltenkirchen and completes the installation of a modern applications laboratory.

2019
In Leezen, Lactoprot establishes the world’s first evaporation plant for milk salts and enlarges the capacity of the casein plant to 27,000 l/h.